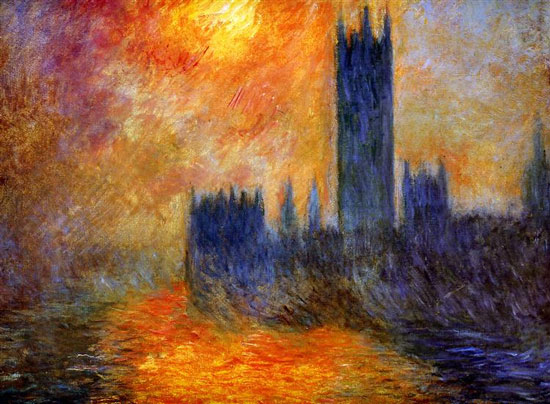 Houses of Parliament Sun.
French Impressionist painter Claude Monet was born on this day in 1840. Died 1926.

You don’t have to like it. Heck, I’ll admit to the fact that I’m happier about Hillary Clinton not being President than I am about Donald Trump being President.

Remember, I didn’t vote for either.

But, it’s not going to change.

Last night, I congratulated Donald Trump and offered to work with him on behalf of our country. I hope that he will be a successful president for all Americans.

And one thing you realize quickly in this job is that the presidency and the vice presidency is bigger than any of us. So I have instructed my team to follow the example that President Bush’s team set eight years ago, and work as hard as we can to make sure that this is a successful transition for the president-elect.

Because we are now all rooting for his success in uniting and leading the country. The peaceful transition of power is one of the hallmarks of our democracy. And over the next few months, we are going to show that to the world.

Kudos to Secretary Clinton and President Obama for making gracious, if difficult, statements.

But, if any of us had pre-conceived ideas that the election would heal the country, stop the bickering, make us all friends again and that unicorns would fart rainbows, we were sadly mistaken.

I do not want to get to the point where I defend Donald Trump, although a lot of what you’ve read, heard, shared, is spin, campaign rhetoric, fake news and downright bullshit.

‘Scuse the language, but there’s no sense in trying to perfume it up.

The fact is, he WILL be the 45th President of the United States. And you can say “Not My President” all you want, 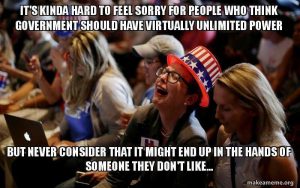 but unless you’re planning to live up to that empty promise of moving out of the country…yeah…he’s gonna be.

That’s just the way it works.

It also works that in December the Electors will cast their votes and no matter how many petitions you sign, they’re not going to flip the election back to Hillary. And even if by the remotest of chances they did, that vote still has to be certified by the U.S. Congress.

Way back in 2000, actually by early 2001, after the vote count, after the recount of questionable ballots in Florida, after the Supreme Court decision, then still Vice President Al Gore presided over the certification of the vote. As they are allowed Members of Congress can raise and objection to the certification, and several did. But the rules of Congress stipulate that a member of the Senate must also sign the objection.

No Senator did and Al Gore was forced to enforce the rules. I’m also no fan of Al Gore but I can’t imagine the insensitivity of those Congressmen who one after another got up to object in what they knew was a futile effort. Hadn’t Al Gore been through enough?

On Inauguration day in 2001 I took my then eleven-year-old son to witness history in the making. What he also witnessed were some 10,000 protesters who tried to stop the Inaugural parade and actually egged the Presidential limousine.

Then I had to explain what the “Buck Fush” signs meant.

George W. Bush was President for the next eight years.

So, sorry, you’re really only setting yourself up to be disappointed again. And again.

I don’t mean to be unkind, but I’m really weary of all of the posts.

Let’s be frank. Trump won because 1) Hillary couldn’t really deliver the base, and 2) all those people some of you have been wrongly calling ignorant, rednecks, racists, misogynists, xenophobes, and deplorable got a little pissed and showed up at the polls.

You keep using that word diversity, but I do not think that you know what it means.

A lot of people who voted for Trump, in fact the vast majority, do not fit any of those labels above.

Instead they voted for Trump because they didn’t trust Hillary, because they feared that THEIR freedoms were being eroded, that they saw their way of life, their jobs, their values being trounced upon.

And when they got tired of being called names, they showed up to vote.

These are the people who have heard for the last eight years “You’ll host my wedding or bake my cake or you’ll lose your business and go to jail.”

And for the record, I’ve said for years that the best response was to bake the cake in love.

It doesn’t just work when things turn out in your favor.

No amount of marching, or falsely reporting claims of violence…I don’t doubt that there were some but the protests and vandalism and violence I saw were not Trump supporters, and at least one “victim” already admitted that she made her story up…none of this will change the outcome. 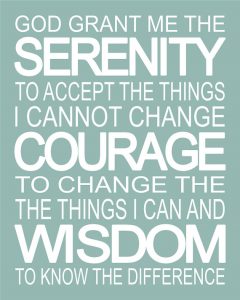 We’ve spent the last year yelling and screaming past each other. No one was listening.

President Obama and President-Elect Trump sat down and had a civil conversation this week.

And again, for the record, I didn’t vote for either of them.

I realize that few, if any, of the people who really need to read this will. Most of you who stop by to read my ramblings are mostly in agreement with me.

The stories and the protests aren’t going to end. Face it, people still say that George W. Bush stole the election. Read a little history and find that people think that voter fraud in Illinois cost Richard Nixon the 1960 election.

This is a big country, but it’s not that big. We still have to live, work, and play next to each other.

Come January 20, 2017 every headline you read that says President is going to say President Trump.

Or you can choose to get up, get dressed and keep working for the things you believe.

Keep making art. Keep being kind to animals, and one another. Keep loving.

And, yes, keep fighting. But perhaps be a little more realistic about the battles you choose.

Life is all about having to accept things we don’t want to accept.

The choice we have is what to do about it.