It wasn’t supposed to happen this way…

With a little bit of luck 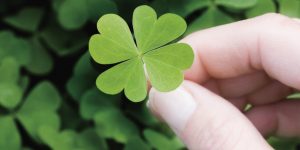 American songwriter and composer, Alan Jay Lerner was born on this day in 1918 (died 1986).

I don’t really believe in luck. Or coincidence.

Your system of faith, or lack thereof, may vary.

While I think the song quoted above is clever (and whilst I could rock that part), the reality is that luck isn’t what’s going to get us through.

We have to do the blinkin’ work.

Sure we could blame circumstances. We could say we’re down on our luck.

And, sometimes it seems that way.

Life is hard. There are obstacles.

Sometimes it feels like everyone is out to get us.

True, sometimes there’s a reason for that.

But if we sit around and wait for luck then the blinkin’ work doesn’t get done.

This isn’t one of those “you can do anything you want if you work hard enough” posts.

Because sometimes you just can’t.

But you can work hard and accomplish more than you would if you just wait for luck to strike.

Publishers aren’t going to just call me and offer to print my book. I’ve got to pitch it to them.

Directors aren’t going to just call me up and offer me the role. I have to audition.

And sometimes someone else gets the blinkin’ work…or part.

It rarely, if ever, really has anything to do with luck.