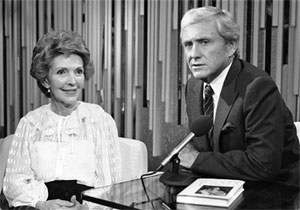 “Americans have the capacity now, as we’ve had in the past, to do whatever needs to be done to preserve this last and greatest bastion of freedom.”
– George W. Bush, 41: A Portrait of My Father

Truth is, I miss them all.

I know there’s still a lot of scorn and hatred for George W. Bush. He was far from a perfect man, or perfect President. But I never doubted his sincerity, his love for his country, his love for his family, and his faith. He made decisions I didn’t agree with, and some he probably regrets. But he served his country admirably.

And that’s about as partisan as I’m going to get today.

Did you ever wonder if the signers of the Declaration (see yesterday’s post), woke up a couple of mornings later and asked themselves “what the hell have we done?”

I don’t think so. Although the reality is that freedom didn’t happen with that last signature, or with the first reading of the Declaration. It took a war and years of struggle and debate to shape this nation.

We’re still working on it. And, we’re still arguing about it.

From my vantage point the temptations to wade back into the political arguments are strong.

I am, however, hoping that in this case resistance isn’t futile. 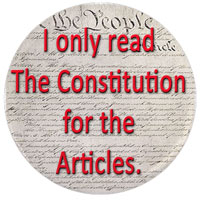 In part it’s just that I can’t see myself forming a coherent argument beyond “How can you be such a %#@%*&^ idiot???”

And that’s not really helpful to anyone.

Many thanks to Lord Zuckerberg for the “unfollow” option on Facebook.

Don’t get me wrong. I’m not giving up on trying to make things better. I’m just taking a different route.

I do not have the magic powers to fix the political debate. So, I’ll work in the areas where I might be able to make a difference. Maybe it’s in writing, maybe it’s in theatre.

Perhaps if we all concentrated on brightening our own little corners we’d make a little more progress.

I’m not sure if I’m giving away a trade secret to tell you that this is actually being written on Saturday morning. I may, or may not, come back with edits.

But, as I write, I have other writing projects and goals in front of me, and I’ll be leaving for the weekend job in just a couple of hours.

What I’m telling you is that I don’t have a lot of extra time. For that reason, I’m thankful that Google has learned to send most of the political emails to the Spam folder. Most.

My job is to use the time I have to do what good I can.

I’m sure if I searched the interwebz there’d be a quote that says that much more eloquently.

George W. Bush was given a big task. Yes, a responsibility he sought. I think he rose to that task as best he could. I think history will show that.

I won’t be in the same history books, if any. And that’s okay.

Knowing that I’m doing my best, what I think is right, is really my only task.

I think I have work to do.