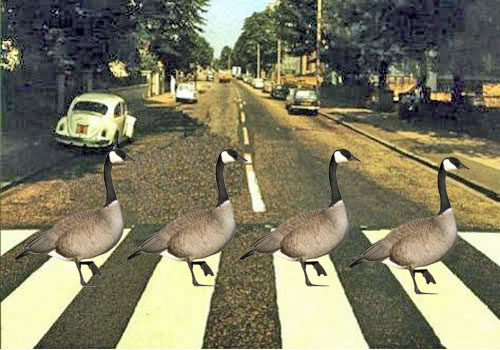 “You watch your phraseology.”
– Mayor Shin, The Music Man

American playwright and composer, Meredith Willson (The Music Man, The Unsinkable Molly Brown) was born on this day in 1902 (died 1984).

I never was the right type to play Harold Hill, but I could rock the part of Mayor Shin or part of the school board quartet. Just sayin’ in case there are casting directors reading this.

In 1963 The Beatles covered Till There Was You from The Music Man on their second LP With the Beatles (Meet the Beatles! in the United States). In an interview with The New York Times, Meredith Willson’s widow said that his estate brought in more royalties from the Beatles’ recording than from the actual stage show.

How is this still a thing?

A federal court has ordered a town in Mississippi to desegregate its high schools and middle schools, ending a five-decade legal battle over integrating black and white students.

Schools were desegregated in my home county over 50 years ago. And Virginia was a major Massive Resistance state. How has this Mississippi locality held out this long? More importantly it’s Two-thousand-freaking-sixteen. How do attitudes like this still exist?

No, I really don’t need you to answer that.

And how are we not paying attention to this?

Once again, ISIS has orchestrated and filmed the dramatic mass killing of African Christians who refuse to deny their faith…This time, the approximately 28 men targeted by the Libya affiliate of the self-proclaimed Islamic State (also known as Daesh) were Ethiopian Christians.

Speaking of bathrooms, there’s this:

Will Obama’s Transgender Bathroom Edict Lead to an Increase in Homeschooling and Private Schooling?

Experts believe that if the Obama administration successfully forces public schools across the country to grant transgender students access to bathrooms and locker rooms designated for the opposite biological sex, it could lead to an increase in the number of students who are homeschooled or attend private schools.

Which leads to the question: “Where do transgender homeschool students use the bathroom?

Look, I’m old enough to remember when “Christian” schools were a response to desegregation. Yes, oh yes they were.

Which goes right along with this article…An excellent piece on conservative evangelical voters. I know. I used to be one. In many ways I still am one. But that description doesn’t mean what it used to mean.

Trump’s success with evangelical voters isn’t surprising. It was inevitable.

The religious right was never about the advancement of biblical values. The modern, politically conservative evangelical movement we know is a movement rooted in the perpetuation of racial segregation, and its affiliation with the hard-right fringes of the conservative movement in the late 1970s produced a mutant form of evangelicalism inconsistent with the best traditions of evangelicalism itself. Since then, evangelicals have embraced increasingly secular positions divorced from any biblical grounding, and supporting Donald Trump represents the logical conclusion of that tragic aberration.

I’ve said before, I don’t know how my fellow Christians can support Trump. I know I can’t.

At the same time, the media is doing it’s darnedest to make me have to defend Trump. Consider this:

How Donald Trump turned the tables on The New York Times

For the umpteenth time this campaign cycle, Trump seemingly succeeded in shifting scrutiny away from himself and back onto the media. He does so by capitalizing on any uncertainty in the reporting and then aggressively calling attention to it…In this instance, Trump’s opening was former girlfriend Rowanne Brewer Lane, who appeared on Fox News and accused the Times of spinning her words.

Look, Trump has enough negatives without having to make things up about him.

But, and I warn you I’m going to get political here, I have to shake my head when I consider that the people condemning Trump for his treatment of women are much the same people who defended Bill Clinton.

I mean Dennis Miller tweeted the other day that Donald Trump should name Juanita Broaddrick as his Vice President.

I’m no defender of Trump, but look up the stories before you toss that stone.

The bottom line is that this race is going to get a lot uglier before it’s over with.

And the bottom line is that there are other parts of the world, other problems, other issues that we should deal with.

Each of us has to decide which of the above stories inspires us to do something.