If it’s Tuesday, this must be Random 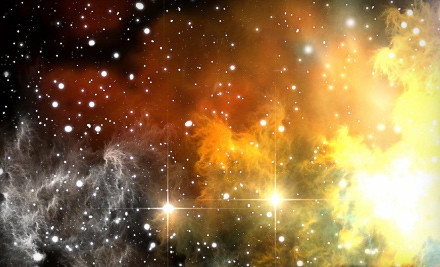 American journalist and author George Will was born on this day in 1941.

The world owes me nothing. You either, for that matter.

Last night Donald Trump won a resounding victory in the Indiana GOP primary all but securing the nomination. Ted Cruz announced he was ending his campaign. Accept it folks. It’s happening. The 2016 contest will be between Hillary Clinton and Donald Trump.

Here’s the thing. Regardless of where you stand on the political spectrum (and if you don’t stand anywhere shame on you), none of the candidates…Not Hillary, Not The Donald, Not Bernie, Not Cruz, and Not Even Kasich (although he apparently hasn’t gotten the message)…none of them are going to make your life better.

You know you want this sticker. This design and more available in The Write Side Shop (click the pic).

You’re still, along with the rest of us, going to be paying too much in taxes, going to be frustrated with Washington, or Richmond, or Chesterfield Courthouse or [insert your locality here]. You’re still going to be working as much as four months out of the year just to pay the government what you “owe” them.

Poverty isn’t going to end. There’s not going to be Peace on Earth. There won’t even be liberty and justice for all.

Sure, those are good things to work for and we should all be working in that direction.

But the President isn’t going to fix all of that.

No, instead if you want your life to be better, I’m afraid you’re going to have to do it.

No one else is going to do it for you.

No one is obligated to provide you a “safe” zone, or see that your feelings aren’t hurt.

No one can make your life better but you.

And, while we’re on the subject of the 1% (we weren’t but this is my blog), just keep this in mind. Sure, there’s a lot of economic disparity in this country. But when you look at it in a worldwide perspective, regardless of your income, if you live in the United States, you’re part of the global one percent.

In my last show I was a bit of a curmudgeon…or, if you’ll excuse the term, an asshole. Lovable, but still a jerk. One of my lines was,

“If you want an happy ending, you’ll have to come up with it yourself.”

Life isn’t Disney World. And nobody owes you a ride on Space Mountain.

If you work for it.

I’m more in debt than I’d like to be. But, in spite of the fact that I do play Publisher’s Clearinghouse and buy the occasional Powerball ticket, I’m not expecting anybody to bail me out.

If my wife and I want that debt-free, problem-free ending, we’re going to have to come up with it ourselves.

May the Fourth be with us all.

Also born on this day in 1929, British actress and humanitarian Audrey Hepburn. (died 1993).