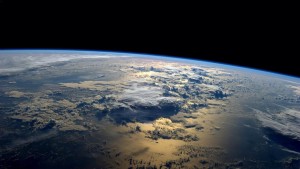 It’s Earth Day. Regardless of where you fall on the political spectrum, we can all do a better job of taking care of our planet. It’s the only home we’ve got.

Today’s post is again something of a smorgasbord. Take a little or a lot, and feel free to come back for seconds.

On this date in 1864, the U.S. Congress passes the Coinage Act of 1864 that mandates that the inscription In God We Trust be placed on all coins minted as United States currency.

Of course the irony here is that you can’t blame the Bible Belt for this one. Most of those states were part of the Confederacy at this time…meaning…the Yankees did this.

I’m just pointing that out. What you do with that information is your own business.

American actor and producer, Jack Nicholson, was born on this day in 1937.

There are a few who can make it full time as an actor. They’re usually doing extra roles on Turn or Mercy Street, or other productions. And some are supported by spouses/partners. But most people you see on stage around here are performing for your viewing pleasure after a long day at work.

I knew when I got back on stage that it wouldn’t be a career. I do it because it’s something I love to do and, as I’m closer to sixty than fifty, it’s about time I got to be what I want to be when I grow up.

I was a little shocked to realize that Prince and I were roughly the same age.

2016 has already been a rough year. We’ve lost way too many of our cultural favorites.

It’s Friday, thanks be to God (that’s not sacrilege that’s real thanks), and I have yet another full weekend ahead. At least this time there are social gatherings rather than performances which means entirely different makeup.

My cast mates and I sang this song in The Dining Room earlier this year at Huguenot Community Players. Eddie’s version doesn’t quite match ours, but it’s not bad. Let it take you into the weekend.