We will learn no lines before their time 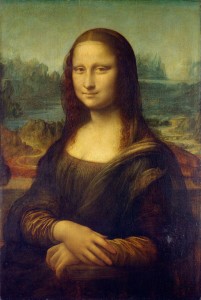 Time abides long enough for those who make use of it.

It’s Friday, and I won’t be traveling to Paris to see the Mona Lisa. In fact I won’t be doing that on any foreseeable Friday.

I will, however, be participating in the Mozart Festival this weekend. If you read Monday’s post, you would know that.

It’s a busy weekend, and so I don’t have much time.

That, of course, is not true. I have as much time as anyone else. I just chose to fill mine up for the weekend.

We’ve had this conversation before. We all have the same amount of time. It’s a matter of what we choose to do with it.

I mean, really, let’s talk about how much time we spend on social media. I admit, I’m connected nearly 24 hours a day. I’ve also talked about the fact that I use social media to promote my writing and my acting careers. Or want-to-be careers, but work with me.

Still, I’ve caught myself sitting here at the midnight hour refreshing the page and just not able or, more correctly, willing, to sign off. In other words, I’m justifying the multiple hits of refresh.

Then there are the Netflix binges. True, I don’t sit down and watch network television. But I have a list of about half a dozen shows I keep up with.

Fortunately, their seasons stagger and they’re not all on at the same time. Plus, with the apps on the iPad, I can watch last night’s episode tonight, or tomorrow…or you get the idea.

I’m just hoping that I live long enough to see another episode of BBC’s Sherlock.

Truth is though, even when I’m binging on TV, I’m working on something else. Sometimes I’m writing, or researching, or even coloring. Don’t judge. It’s just that I find it very difficult to just sit and watch television without multi-tasking.

I can sit and pay attention in the movie theater or at live theater…although admittedly at both, depending on the play or the movie, I have on occasion been known to catch up on my…um…rest.

It’s never intentional. Although after I missed the first 20 minutes of The Dark Knight Rises, my boys no longer encourage my attending Thursday night midnight premiers. In my defense, there were about 30 minutes of previews.

I have a full weekend to get to. That’s how I’m using my time.

How are you using yours?

I cannot go into the weekend without remembering that tomorrow is the 9th year since the horrible shootings at Virginia Tech.

No, I’m not going to talk about gun control, that’s for another post.  I’ll just say that, in the case of most shootings that we’ve seen, the locations were already “gun free zones” and that criminals are criminals because they don’t pay attention to the laws.

Don’t argue with me.  Just spend some time thinking about that.

I know that most people who aren’t Virginians or who don’t have a specific connection to Virginia Tech see this as a tragedy that happened in distant history.  But I still recall the intern in our office, as well as my son, a high school senior at the time, desperately calling, emailing and texting to see if their friends were okay.  It was a horrible time.

But it brought the Hokies together as a community.  And, while I only attended there briefly, I’ll always consider myself part of that community, and I’ll always be proud to wear the orange and maroon.

I’ll see you on Monday.

Let Nat take you into the weekend.