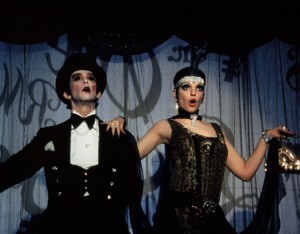 “I love being in a show. I love the community aspect of it. I like the discipline of it, too.”
– American actor, singer, and dancer, Joel Grey was born on this day in 1932.

I saw Joel Grey in a revival tour of Cabaret at the Kennedy Center back in 1987 before it went back to Broadway. The performance also featured Werner Klemperer as Herr Schultz. You may, or may not, remember Klemperer as Colonel Klink from television’s Hogan’s Heroes.

As a side note, the friends we went with bought the tickets late so we ended up in the nosebleed section. I recognized Klemperer by his distinctive voice, not because I could see him. And, for the record, we bought the tickets the next time. But they picked the restaurant and we were still late for the opening of Les Miserables.

On another side note, we haven’t seen or heard from those friends in over 25 years.

We have seen Les Miserables at least a half dozen times since then. And we’ve always been on time. And down front.

Cabaret isn’t one of those shows that you should see from the nosebleed section. I mean, sure it was great, but even before my eyesight started going south, it was difficult to see. It’s one of those intimate shows that you need to see up close to feel the grit and the angst and the struggle of what pre-war Germany was like for Jews as well as for gays.

The Richmond Triangle Players version of that last year fit that bill, as did the first version I ever saw of the show (and any stage musical), back in the early 1970s. Granted that early 70s version in my small little Southwest Virginia county was much more tame, but I still fell in love with Sally Bowles. And with the theatre.

My final mainstage show for the current theater season closed yesterday. You should have known that by now.

But, before I take my break from the stage, I have two more performances this week.

They’re both on Saturday, and they’re both dramatically (see what I did there?) different. 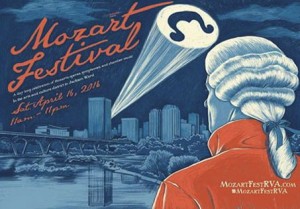 First, at 3:00 p.m. on Saturday I’ll be appearing with Capitol Opera Richmond as Mr. Scruples in The Impresario, a comic opera by Mozart. We’ll perform at the Coalition Theater (8 W. Broad Street). The opera is a spoof on the vanity of singers, who argue over status and pay. This is part of the third annual Mozart Festival presented by Classical Revolution #RVA. All events are free and open to all ages.

And no, while I sing, I don’t sing opera and don’t sing in this show. My role is a speaking role.

Saturday evening at 7:00 p.m., I’ll return to the 1950s and Chamberlayne High School (a.k.a. CAT Theatre) to reprise the role of Coach Bud Vase (prounounced “vahz”) in Murder at the Spring Fling. CHS is hosting the annual Spring Fling and Senior Awards Ceremony. After last fall’s unfortunate murder at the Homecoming Dance, the senior class is hoping to end the year on a high note. Surely the same thing couldn’t happen again. 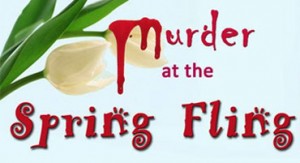 This is the third interactive murder mystery at CAT. The first followed the successful production of Sherlock Holmes: The Final Adventure in which I played Dr. John Watson. For the Sherlock Holmes murder mystery Holmes, Moriarty, and I reprised our roles. Last fall I produced and co-wrote Murder at the Sock Hop (as noted above). The crowd clamored for us to do it again. This time, I’m showing up as a participant, Coach Bud Vase.

If you’ve known me for a long time, you get the irony.

Tickets for this event are available at CAT Theatre.

Late Saturday night, when the punch is all gone and the streamers faded, I’ll be taking my much anticipated (and really quite brief) break from the stage until, at least, September.

It’s okay. You can breathe. I’m just warning you that Saturday is your last chance to see me in ACTion before the break.

Also on this day in 1957, American singer-songwriter, guitarist, and radio host Michael Card was born.