Acting is not the noblest profession in the world, but there are things lower than acting. Not many, mind you – but politicians give you something to look down on from time to time.

I don’t know. Maybe Tracy was right when he said those words.

At least actors entertain, and sometimes they make people happy.

I mean, when was the last time a politician really made you happy?

While I’m delighted to be back in traditional theater, I sometimes regret that it took me over thirty years to get here.

My reality was that I was never cut out to be a full-time actor, and I made that choice when I graduated college. I considered it. Briefly. Very briefly. My reasons are my own.

But, I always missed the performing aspect. I am incredibly blessed to have had the roles I’ve had in the Richmond theater community. And, while you never say never, I’ve come to the point of not worrying about whether or not there will be a next production. There will be, at some point.

You already know that I’m taking a bit of a break. And, that’s okay.

If you’ve been around long enough you’ll know that I gave up on politics about the same time I started pursuing more acting opportunities. They two are not unrelated. But, again, that’s another story.

There’s a vibrant theater community here in Richmond, and I’m blessed to be a part of it.

Also on this day in 1614, Native American Pocahontas married English colonist John Rolfe. Thanks to Disney, we have footage of the fling she had before she met John. 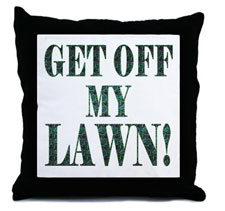