Any idiot can face a crisis, it’s day to day living that wears you out.

– Russian physician, playwright and author Anton Chekhov was born on this day in 1860 (died 1904)

I recently saw Stupid F**king Bird at Quill Theatre, a modern adaptation of Chekhov’s The Seagull which I have neither seen nor read since college.  The show made me want to read the original again.  And while I thought it was beautifully and brilliantly done (kudos to all) I did think that nobody needs that many f-words. I wasn’t offended.  I wasn’t shocked.  I knew from the title what I was getting myself into.

Maybe it’s just that, as a writer, I’m more observant regarding the use of language.

Your mileage, and MPAA rating, may vary.

It’s the end of a week, and what a week following last weekend.   For that matter, what a month.

There’s still snow in the streets.

Groundhog, if you’re reading this, you’ve been sufficiently warned.

Downtown yesterday was still a mess (I’d be working from home today thankyouverymuch).  But the challenges of just getting to the building were, let’s say, enhanced.  Fortunately, I have an indoor parking space that comes along with my job.

Don’t be that impressed, I pay for it. I just get to pay for it because it’s attached to my job.

The snow certainly did interrupt our day to day living. I’m not sure it was a major crisis. Although buying neither cat food nor bacon on our “as-God-is-my-witness-I’ll-never-go-hungry-again” pre-storm grocery trip was more than a bit traumatic.

Checkhov…may I call him Anton?…is right.  When a crisis hits, we kick into high gear.  We all hit the grocery stores, located the shovels, found the sleds, and put on a crock pot of chili or soup to hibernate last weekend.

Face it, after four days inside, it was hard to put on real pants.

But it’s true that the routine is often what is most tiring.  Day after day it’s get up, get dressed, head to work, eat an unhealthy lunch, work through the afternoon…etc., etc., etc…

Snow gave us a break in the routine.  Okay, granted, since Christmas I really hadn’t been back into the routine.

But, the change was nice.

I’ve got a three-day weekend coming up for President’s Day.  Then after that it’s the long haul until Memorial Day.

Go on, get out of here.  You only get two days this weekend.

But, look at it this way, come Monday, January is over. 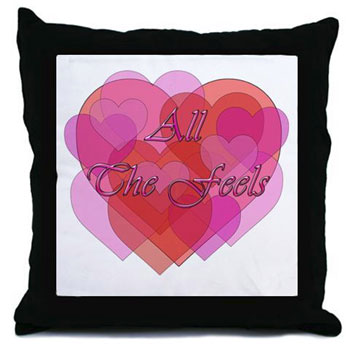 Valentine’s Day is coming. Check out this design and more at The Write Side Shop (click the pic).