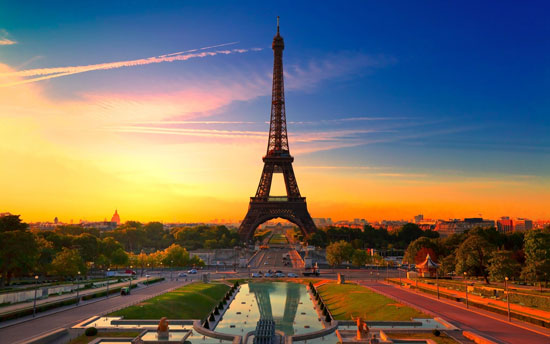 By the time you’re reading this it will be Monday and we’ll have a much clearer picture on what happened
and who did this. But as I write, it’s a bright, but chilly, Saturday morning.

Reactions are strong, for the most part. And, mostly predictable.

In what may be the worst terrorist attack on the West since September 11, 2001, some 158 people (at this
count) died in a series of attacks around the City of Paris.

French President Francois Hollande blamed ISIS for the attacks. In a speech near the scene of the attacks,
Hollande said “We wanted to be here, among all those who saw these atrocious things, to say that we will
lead the fight and it will be merciless.”

And, while I really am struggling to not be political, we have to contrast that with a U.S. President who
said in an interview that aired on ABC on Friday morning, “I don’t think they’re gaining strength. What is
true, from the start our goal has been first to contain and we have contained them.”

What’s the French word for “contained?”

Whether I’m actively playing politics or not, you can’t know me well and not know I’m just not a fan of the
current White House occupant. I don’t think he’s a bad man. And I think he believes he’s doing the right thing.

Still, wherever you are on the political spectrum, you have to admit that the timing of his remark was
fascinating, at best.

We see the Internet wars raging again. I saw a comment yesterday on Facebook that 10,000 Syrian
refuges had arrived in New Orleans and that they were all men.

I’ve told you this before. Verify your media sources. I did.

I do not understand a culture or a belief system that wants us all dead just because of who we are.

No, that’s not every Muslim. It’s not every person who follows Islam. They’re just the loudest and the
most violent, and they’re obviously getting our attention.

No, I don’t have the answer. That’s above my paygrade.

I write this much out of frustration because there’s little I can do either to help the people of Paris or
to change the hearts and minds of the terrorists.

In the days following the attacks of September 11, 2001, thousands stood in line to donate blood that was
ultimately not needed, at least in response to the attack. But, in our helplessness, we wanted to do
something.

Saturday morning I used the Facebook app to overlay the French flag on my profile picture. Will that
accomplish anything? Other than perhaps making us all think a little more, probably not.

It’s a symbolic gesture to say that I care. It’s a feel good measure. Sure, that’s all it is.

But there is something tangible that we can all do, and that is to pray.

Again in the days following the 9/11 attacks our churches were full. We soon went back to our normal lives
and didn’t bother going back to church the next Sunday. Instead we were irritated at having to take our
shoes off at the airports.

We can’t stop evil. But we can believe in the One who can. And who will.

Peace I leave with you; my peace I give you. I do not give to you as the world gives. Do not let your
hearts be troubled and do not be afraid.

But he meant that, in those times, he would be with us.

A week closer to the celebration of the birth of the Prince of Peace and Starbucks cups seem kind of silly,
don’t they? Admit it, it was silly to begin with.

You may not be celebrating the coming of the Christ child next month. But take some time over the next few
weeks to seek peace in your own heart, whatever your faith tradition.

The politicians and the pundits and the generals will all seek their solutions, and may they make their
choices wisely.

But real change, and real peace, is only going to come when it comes into our own hearts.

I Heard the Bells on Christmas Day

I Heard the Bells on Christmas Day
Their old familiar carols play,
And wild and sweet the words repeat
Of peace on earth, good will to men.

I thought how, as the day had come,
The belfries of all Christendom
Had rolled along the unbroken song
Of peace on earth, good will to men.

Then pealed the bells more loud and deep:
“God is not dead, nor doth he sleep;
The wrong shall fail, the right prevail,
With peace on earth, good will to men.”

Till, ringing singing, on its way,
The world revolved from night to day,
A voice, a chime, a chant sublime,
Of peace on earth, good will to men!