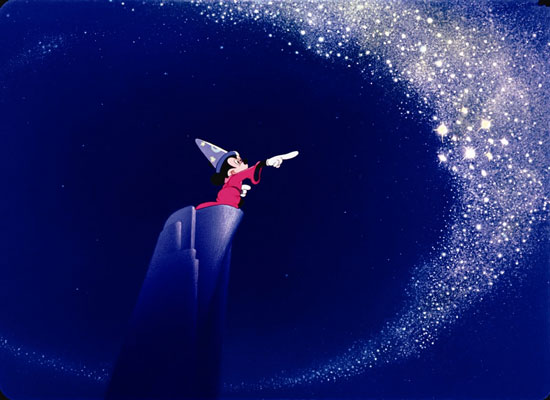 On this day in 1940, Walt Disney’s animated musical film Fantasia was released.

I don’t recall seeing Fantasia as a child. If memory serves I saw it in re-release when I was in college.

But what a groundbreaking film. And a film that, along with things like Looney Tunes, introduced children and adults alike to classical music.

There’s a lot of good stuff out there these days. But there’s also a lot to be said for the classics in motion picture entertainment.

That’s about as profound as I can get about that.

It’s Friday, November the 13th. I’m not superstitious. I believe there’s a spirit world out there, but I don’t know how it works. And I believe God is in control of it all.

This wasn’t the best of writing weeks. Each night I was playing catch up on both of the blogs, trying to write things that were profound or brilliant. Or brilliantly profound.

Mostly I rambled. I had some good moments at the start of the week.

Work with me here, I’m still struggling for that balance.

I did have a day this week that was a day like I’d like them all to be. It involved not going downtown, meeting with clients for a writing job, and a production meeting.

That’s the dream. Working independently on the projects I love, the types of jobs I love.

I mentioned earlier this week that my son, the cameraman and filmmaker, has a survival job at Starbucks. I also have a survival job with the state. We both work those jobs so that we can do the things that we love.

I have enough faith and enough hope that one day the things that we love will also be our survival jobs.

You’ll be part of that when my novel is published by helping put me on the best seller list. Or when his first feature length film is released by breaking all the box office records.

So, stay tuned. And, save your money.

So, enough for now.

Just be sure to come back Monday.