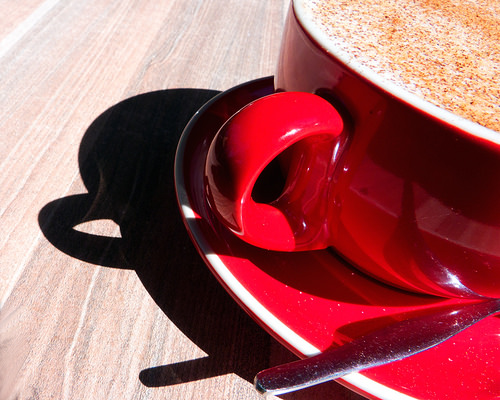 At first I thought it was just some random nonsense my son found and posted on his Facebook page. I should know better because he rarely posts random stuff.

It was a video of a guy upset that the Starbucks holiday cups are out and they’re solid red. Apparently this is just another salvo in the “War on Christmas.”

In full disclosure, my son also works for Starbucks. It’s his survival job as he makes his way into his film career.

On a side note, a blog post about artists and their survival jobs (I have one of my own), might be interesting.

Apparently the Starbucks “War on Christmas” is a thing. Or at least a thing for some.

So, let me get this straight.

And you’re worried that there’s no reindeer on your freakin’ coffee cup?

Look, I get it that there’s a growing antagonism toward Christianity. Jesus said there would be.

I’m no theological scholar, but I’m pretty darn sure he wasn’t talking about coffee cups.

It’s one thing to be mocked for your faith. And yes, that happens.

It’s quite another to be mocked because you’re doing something mockable.

Some of Christ’s followers need to read a lot less Breitbart and a lot more Beattitudes.

“The King will reply, ‘Truly I tell you, whatever you did for one of the least of these brothers and sisters of mine, you did for me.’

This week, and maybe this month and next, instead of getting upset about what is or isn’t on your coffee cup, save the money you’d spend on that high-priced, high calorie speciality drink and use it to feed the hungry, or clothe the poor.

Or, offer a cup of cold water in Jesus’ name.

He won’t care what’s written, or not written, on the side.