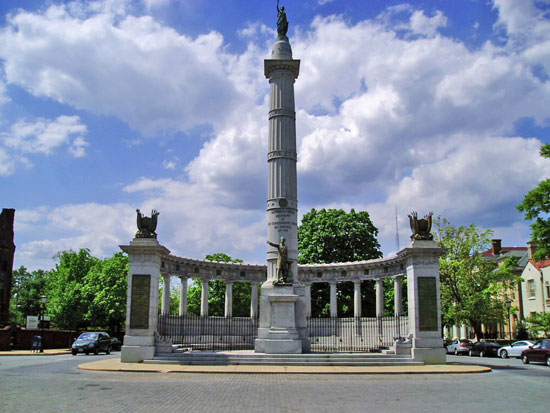 On this date in 1861 Jefferson Davis was elected to a 6 year term as U.S. Confederate President.

Needless to say he didn’t get his full six years.

That’s history. No matter how ugly it was, you can’t rewrite it.

Or, you most certainly shouldn’t try.

The thought of tearing down monuments and renaming every single thing associated with the Confederacy is lunacy.

Spending bazillions of dollars to “erase” it won’t change that.

You can’t change the past, but you can build a better future.

And that’s all I’m going to say about that…well at least with regard to the war.

I’m not trying to diminish anything that happened in this nation’s ugly history. We got a lot of stuff wrong.

Trying to pretend it didn’t happen isn’t the way to make things better.

And as much as we got wrong, we got a lot right to even be to the point of being able to have this conversation.

Try it elsewhere in the world and you’ll get your head chopped off.

In other words, let’s focus on some real problems.

Look, everybody has a past.

Most of us have things in the past that we’d just like to forget. More than often those are the things we remember.

But rather than brood about them or argue about them, we’re better off to remember the lessons learned and work to be different, to do different things in the future.

The thing about history is that there are consequences for the choices, and the actions.

For me, the consequences are not being exactly where I want to be in terms of my career, or my health, or my finances.

But I can’t go back and take that left turn in Albuquerque.

I just need to look at the map and consider course correction.

Wherever we are on the journey what’s important is what lies ahead.

On a side note, there are some things in history worth commemorating, worth celebrating. I’m having a great time working with a good friend creating some historically themed events, much like The Nieces of Lady Bumbleton last June.

And, I’m going out on a limb to say that my event blog, Historic Occasions, has returned as of this week. It’s a work in progress. But it’s back.

But the bad stuff in the past? What’s important is that we learn from it.