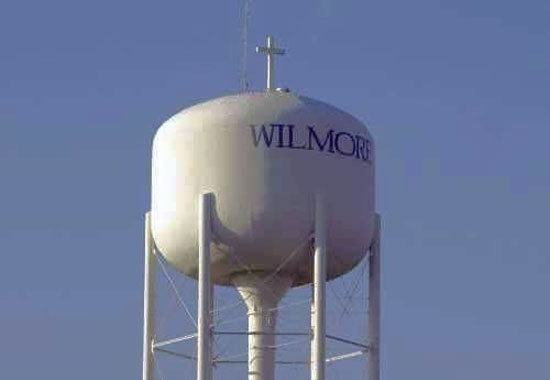 In recent months I have generally shied away from controversial topics. Not because I don’t care, but because I’ve grown weary of the fight. So I’ve only been speaking out when I felt absolutely compelled to do so.

This is one of those times. It is a cause that hits a little too close to home.

My Old Kentucky Home, to be exact.

In the fall of 1976 I ventured to Wilmore, Kentucky where I began my freshman year at Asbury College, now Asbury University. Wilmore is located just south of Lexington, Kentucky.

Asbury University is where I got my degree, met my wife, and sent my son. I formerly served on the alumni board including a term as alumni association president. My wife currently serves on that board.

Three times a week students gather in chapel under the phrase “Holiness Unto the Lord.” Across the street stands Asbury Seminary where I also studied (Certificate in Christian Education). The community exists because of these institutions and probably 90% of the residents are connected to one or the other, or both.

This past summer, my wife and I journeyed back to Wilmore for my 35th college reunion, and to celebrate the 125th year of the university.

It is difficult to explain Asbury and the sense of community to those who have not had the benefit of that experience. I’m sure it is similar in other institutions, particularly those institutions where faith is central to everything that happens, everything that is taught.

On the edge of the campus stands the City water tower. This water tower used to belong to the University but was transferred to the City in 1976, but it still stands on University property. Across the front of the tower in huge block letters is the name of the City. My faulty memory has this being added sometime around the time that I was a student there, but I won’t swear to that.

As an Asburian, I shouldn’t swear to anything.

Atop the tower is a tall, electric cross. It’s an iconic symbol that represents the faith of the University, the Seminary, and the majority of the residents of the City. The cross has been there for decades and identifies the town from miles away. It is a comforting site to see when driving in.

But the Wisconsin-based Freedom From Religion Foundation doesn’t like it. They say that it can’t co-exist with the City. They say that the City is endorsing the religion.

News flash: The City doesn’t really have a problem with that. See Despite lawsuit threat, mayor says Wilmore will not remove cross from water tower.

Mayor Harold Rainwater, an associate professor at the University, has vowed to fight this call to remove the cross.

Across the country and around the world alumni are vowing to stand with the Mayor.

It’s one thing to advocate separation of church and state (don’t argue with me, it’s NOT in the Constitution). It’s quite another to be jerks filing a frivolous lawsuit in a town you’ve probably never visited.

The FFRF people have a history of being pains in the behinds of small communities.

Four years ago, I wrote about how they swooped down on my home County of Giles. A small County in southwest Virginia where, granted nearly fifty years ago, I actually had Bible classes taught to me in the fourth grade.

But back in 2001, after the attacks of 9/11, a group of citizens moved that the County schools display the Ten Commandments. The FFRF didn’t like that and eventually the County had no choice but to remove the Commandments.

While I wrote at the time that I didn’t particularly like the decision, I couldn’t argue with it. At least not from a legal standpoint.

And in fact, I’ve never really whined about the ACLU demanding the removal of nativity scenes from public property.

Instead I bought my own plastic manger scene and displayed it. And in my own government run office I have a Dollar Store nativity that I can display because it’s my personal space.

On a side note, we never could adequately explain to my four-year-old son’s preschool class why they had to remove the star from their Christmas tree.

So I generally haven’t gotten that upset. Besides, Jesus said we should expect people to be buttheads.

That’s a paraphrase. And it’s not the word I really wanted to use.

This time, however, it’s just a little too personal.

I don’t know who funds the FFRF, but it seems like they’re wasting a lot of money to pick fights and be obnoxious.

This time they may have picked the wrong battle.

Already, there are nearly 5,000 likes to the Facebook page dedicated to keeping the cross.

Already, there are local residents placing white crosses in their yards to show their support.

Already, the alumni are rallying and vowing to fight with prayers and with their pocketbooks.

The cross is on private property. It’s part of our identity and has been for decades.

I don’t know how this will all play out, but the general consensus among the alumni is, make us take it down and we’ll build a bigger and brighter one right next door.