In space, no one can hear your audio book

Write what you like, there is no other rule.

I have lots of things I want to write about.

But, I can never let this day go by without stopping to remember.

It was a horrible day. It was tragic. It was unimaginable.

We said we were forever changed, that we would never forget.

We let our emotions speak and we deluded ourselves because of course we changed. Of course we forgot.

I’m not getting all political here about the responses, good, bad, or otherwise.

But in the days following those attacks we were one country. We were Americans. That’s what mattered.

How different we’ve become. Fourteen years later we are perhaps more divided than we’ve been in decades.

Sure, we’ve always had disagreements. That’s what made this country great and strong.

I’m not going to get us back to that point by anything that I write here.

But, maybe if you’re reading this, you can make a difference.

Say something kind to a coworker. Let them know you care about the struggles they’re going through.

Take a cake to your neighbor.

Slow down and let that other car merge into your lane.

No national program or politician is going to make us be nice to each other. And, God forbid we ever have to endure another event like September 11, 2001.

But maybe we can make things a little nicer around the neighborhood. Or in the office. Or at the gym. 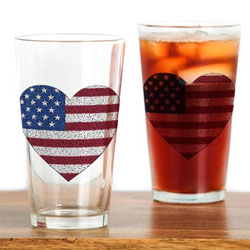 This design and more available in The Write Side Shop. (click the pic)