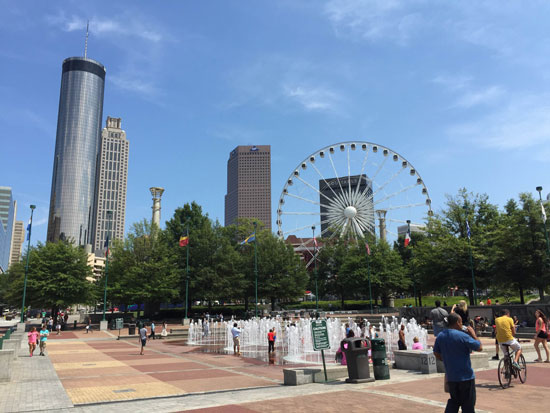 If you follow me on social media, and I would have to wonder why you wouldn’t, you know that I spent the latter part of last week in Atlanta with my sons.  It was a great time.  Far too short.

We should do it again. And we will.

There are stories to tell.

We’re all writing the stories of our lives.  Every day.

And, we all have chapters that we’d like to forget.  Or, if not forget, at least change the outcome.

But we can’t change the past, as much as we’d like to.

I’d like to have spent more time in the gym, or studying Spanish, or practicing piano.

What I can do is make changes going forward.

True on this writing, acting, and producing path, the Spanish and piano are not going to be the priorities.  That doesn’t mean I have to give them up.  It just means I’m focusing elsewhere.

Truth is, if they were really that important, like writing, I would have made time to pursue them.

I knew pretty early on into Music Theory II that I wasn’t going to cut it as a music major.

And, that’s not my point.

My future is as a writer.

What we may have thought forty years ago is not what we’re experiencing today.

Although, true story, I can still recite the first dialogue I learned in Spanish class in the 9th grade.

To put that in perspective, Richard Nixon was still President.

See? You can’t change the past by editing audio recordings.

Or by deleting emails.

Wait, that was a political digression.

We can’t edit the past.

But we can change what the future looks like.

Mine looks like a writer sitting on a screened in porch overlooking the ocean while he pounds out his next best-selling novel.

Hey, this is my story.