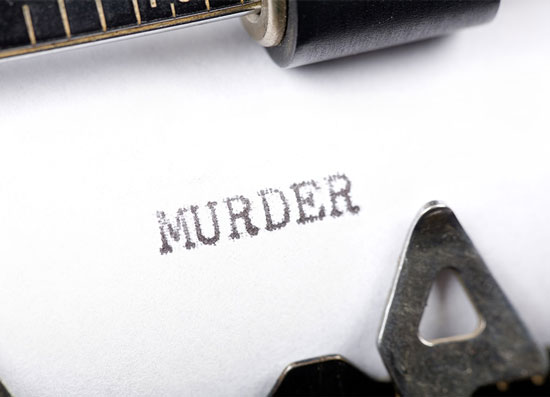 I must admit, after last week, I’m hesitant to write this post.

You know the type of event. A crowd gathers for a party, or some other event. Certain things have to happen. Then at some point in the evening the “murder” occurs. The rest of the evening is spent with characters and guests trying to solve the case.

Most events like this have a set of actors who portray all the parts. We do it a little differently. Buy your ticket and you’re a part of the performance.

This year the story is Murder at the Sock Hop. 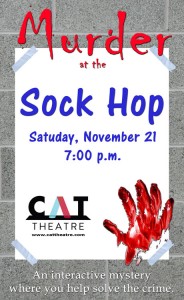 All I can tell you is that it takes place at a high school Homecoming dance in the 1950s.

Don’t get me wrong, I will tell you more.

As soon as I write it.

After just finishing The Nieces of Lady Bumbleton and soon to begin rehearsals for Sweeney Todd, I’ll write this in my free time.

Truth is, I have the story line. I know who dies and how. I’m not quite sure I know who dunnit.

I’m sort of naming Angela Lansbury as my patron saint for this project. After all, she played my Aunt Jessica in that television show (think about it, you’ll get it). And she’s my favorite Mrs. Lovett from Sweeney Todd (with all due respect to the actress I’ve yet to meet who will be playing Mrs. Lovett this fall).

Yes, I know the Patron saint of actors is actually Genesius of Rome. work with me here.

All this to say that, along with my day job, my regular writing job, my soon to start rehearsals for Sweeney Todd, a Christmas show coming up, and a possible recording project (not my own), I have to write and produce a murder mystery.

I’m actually looking forward to it. I had to keep myself from concentrating on it while we were producing the ball.

And who knows, if this thing flies, maybe I’ll publish the story and you can host your own event.

It’s writing, it’s theater, it’s events…oh…and it’s art because I have to plan the decor (and, of course, I designed the poster)

All I have left to do is to figure out how to make it profitable.