When you think about it… 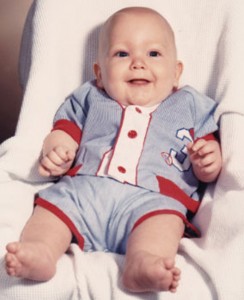 For this child I prayed; and the Lord hath given me my petition which I asked of him.
I Samuel 1:27

The house is a little emptier this morning. Never mind that he’s been gone to college for the last 4 1/2 years. This time it’s different.

Yesterday, my first born packed a good portion of his personal belongings and headed to Atlanta for his first “real” job. It happened quickly having gone to Atlanta just two short weeks ago, interviewing for two jobs, and getting two job offers. He moves into his first apartment with a roommate, and friend from Richmond, who also has a love for film.

It’s no secret that I’ve thought this day was a little too long in coming. My son knows that.

But I am reminded that when I made that final move away from home I was a year older than he is now.

Truth is, had he wanted to begin his film career here in Richmond, we would have supported that and would have been happy to have him remain at home.

But truth also is that Atlanta represents a better opportunity to fulfill that dream. And he’ll be joined there by friends with whom he has studied film and production for the past few years.

It’s a big step. He’s approached it with maturity and excitement.

Under different circumstances, I would have made the journey to Atlanta with him. But with work obligations and a show opening next week, I couldn’t get away on such a short notice. Plus, the current status of the shoulder renders me pretty much worthless when it comes to moving.

Instead, Mom is driving down with him and will help him set up the new place. She’ll make sure there are the appropriate kitchen items (his roommate has a great head start), make sure there’s a shower curtain, toilet tissue, cleaning supplies and more.

How he makes use of all of those is anyone’s guess.

Heaven knows, neither are their parents.

I’m a proud Dad who is excited about the future.

I’m writing this while watching the Academy Awards. I’m fairly confident that, one day, I’ll have a more significant reason to watch.

But even if I don’t, he’ll still do work which will make me proud.

And, make enough money to buy his parents a beach house.

He says to give him ten years.