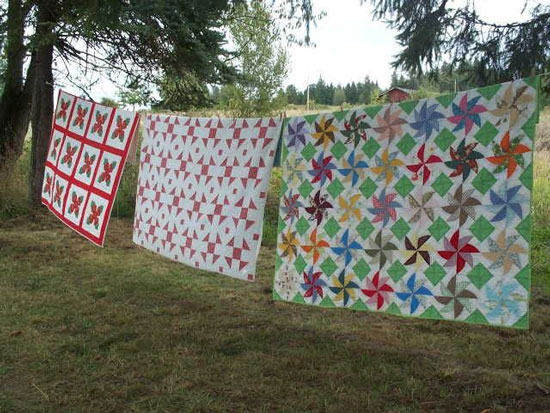 “If you want to change the world, pick up your pen and write.”
– German monk and priest and leader of the Protestant Reformation, Martin Luther, was born on this day in 1483 (died 1546)

I talked earlier this week about how difficult it was for me to declare, and settle upon, a major in college.  Maybe it’s because I’m so easily distracted.  I like to think that it’s because I’m interested in many things.

“Jack of all trades, master of none.”

I don’t quite even get up to the “all trades” part.  And I’d have a difficult time saying that there’s any particular skill that I have mastered.

And by that I mean that I’m still young enough to keep learning.

This is my blog. You have to go with that.

I think about all of the things I like to do and wonder why I can’t translate them all into a sustainable income.

I do have a sustainable income but my work there does not consist of the things I love.  It does consist of things that I do fairly well and fairly competently and, on most days, don’t hate.

I keep telling myself that I would be happy if I could manage to write, act and paint on a full-time basis and support the family.

I’m convinced I could do that with freelance writing, but I struggle with getting there.  I’m writing fairly consistently, but most months I bring in enough to cover maybe the car payment, or maybe the phone bill.

So, I have my doubts about whether I could make it happen.  Maybe. I think, if I’d known these things and had these resources when I was in my 20s, or even 30s.  But maybe not.

I hit a magic number my state job this past summer. One where I could retire, but actually can’t because I have a mortgage, a son in college and one who will be there soon enough.

Right now, as I wrote the other day, I’m able to live out much of my dream because the day job covers the things like the above expenses, and more.

But wouldn’t it be cool if I spent my days writing, my nights rehearsing and my weekends painting?

If I could patch that all together to make some sort of self-sustaining income quilt…well..that would be awesome.

Still I wonder if I’ve passed the age of making that kind of leap.  Certainly I’d have to address some obligations first.

We need to train our hearts and set our minds on the life we want.

This is about owning our path, each step of it, and doing battle against that which would lure us away from it.

Do we have our own demons to fight? Sure. I just think it’s time to stop fighting against ourselves. It’s time to stop believing we are our own worst enemy and accept the fact that we are the best chance we have to claim victory of the life we most want.

Having spent my whole life among evangelicals, I tend to hear a bit too much prosperity gospel in what Hatch is saying.

At the same time, I know that if I don’t believe in my dream and work for it, then it will definitely never happen.

I guess in a way this really is about writing your own story.  In this case, my own story.

I’m a lot closer to that than I used to be.  Maybe it’s becoming a senior citizen, but I’m more inclined to go after the things I really want, like the acting jobs or the writing jobs.

I don’t always get them.  And I’ve not become independently wealthy.

As a follower of Christ, I believe that He writes our stories for us.  But I also believe that he gives us the desires of our hearts.  Meaning that my goals, my dreams, my life’s ambitions were placed there by Him.

Scripture pretty much says so:

Delight yourself in the Lord,
and he will give you the desires of your heart.

I realize I’m mixing metaphors, and philosophies and scripture. But in a bizarre sort of way they do fit together.

Before you go, remember what you learned in kindergarten about…sharing.