An adventure down the rabbit hole 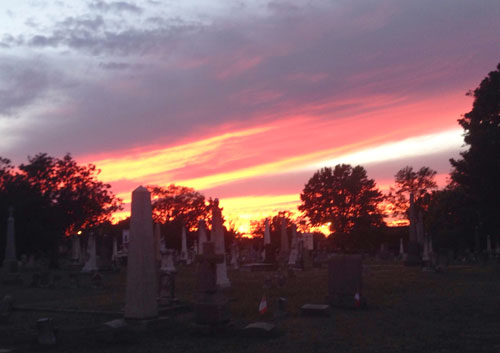 As I write this on Tuesday evening, I’m just home from an evening’s rehearsal for Poe’s Haunted Homecoming. We open on Friday.

I know you’re shocked. You thought the brilliance came spontaneously every morning before I rushed off to the YMCA and then work. Sometimes it does. More often, it does not.

But Tuesday, I spent most of the day having my shoulder folded, spindled and mulitated. Don’t get me wrong, they meant well. And it’s all part of an extended process to get me over whatever actually went wrong. I’m still not sure when I injured it, and while they have a pretty good idea what’s going on, the diagnosis on the damage hasn’t been confirmed. So it’s a cortisone shot, good drugs, and three weeks (at least) of physical therapy.

Most likely while you’re enjoying this with a morning cup of coffee, I’m doing PT. The good news is that there’s a plan to treat this, and that it will (eventually) get better.

Meanwhile, I’m working to be off book for Sherlock Holmes: The Final Adventure. I play Dr. Watson.

I recalled that Dr. Watson had an injury from his service in the Afghan War. No, not that one, the one in the 1800s. Some things never change.

It seemed to me that the references I’d seen were to an injury in the leg. so, I did what any competent actor researching a part would do.

I went to Google.

This is what I found:

In A Study in Scarlet, Watson says:

There I was struck on the shoulder by a Jezail bullet, which shattered the bone and grazed the subclavian artery.

Yes, my damaged shoulder is the left one.

My wife said that was taking method acting a little too far. She may be right…or in this case…left.

Later stories have Watson referencing a leg wound or a bullet in “one of my limbs.”

In the BBC series there’s a reference to Watson’s limp which, as it turns out, was psychosomatic.

Sherlock (Benedict Cumberbatch) and John (Martin Freeman), have this conversation:

Sherlock: You did get shot, though.

Sherlock: In Afghanistan. There was an actual wound.

Sherlock: Shoulder! I thought so.

Sherlock: The left one.

In the actual stories, Watson complains about the wound(s) at various times. But not in the script for the show I’m doing.

I just get to do that in real life.

I have line work to do.

Sherlock References from: The Final Problem