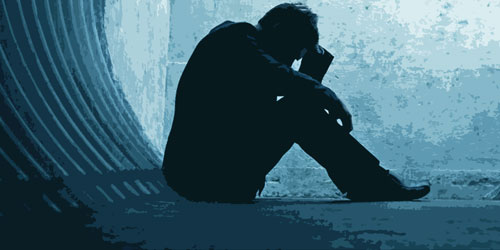 In case you weren’t paying attention, we were at the beach last week.

We disconnected a bit from the news. But there’s no way to keep up with email and Facebook and not hear some of what was going on.

From what I could see the Interwebz mostly spent the week grieving Robin Williams and Michael Brown, and then arguing about how they died.

I’ve not followed the Michael Brown case as closely as I should have, so I really can’t speak to it. And, truth be told, I’m really not all that qualified to speak about Robin Williams.

In most cases, neither are you.

The Internet always heats up when emotions are raw. They certainly were when we heard the news that Williams had died. We were at the beach on the way to dinner (no, I was not driving) and I saw the news on Facebook. Before we got to the restaurant, our son at home preparing to return to college had also texted me with the news.

We grieved as a nation. One of our brightest stars was gone.

Then the “experts” started pontificating about Williams and suicide. I’m sure there were more examples, but I got wind of the remarks by Matt Walsh, Rush Limbaugh and Shepard Smith. If you don’t know what they said, look them up. I won’t waste the space to repeat them here. But I’m sure those weren’t the only three who offended. Williams’ daughter, Zelda, left social media because of the nasty tweets she was receiving.

A little later in the week we learned that Williams had been in the first stages of Parkinson’s. While it didn’t lessen the grief, it gave a little more understanding to the pain he was feeling.

That still didn’t stop the insults and the f-bombs from flying across social media.

My question is, why do we do that? Don’t get me wrong, I’ve had some pretty intensive social media fights over the years. But, why?

Very few of us were directly connected to either Robin Williams or Michael Brown. We “knew” Williams through his work, I’ve never met him. We only know of Michael Brown because of the way he died.

Still, we take it upon ourselves to say “this is why it happened.”

I’m no counselor. Although admittedly I served four years on the Virginia Board of Counseling, and I’ve spent three years (over a seven year period) working on the Biblical Training Program at the Christian Counseling and Training Center. But I’m far from an expert on depression and suicide.

I know enough, as a believer, and I think this is what Walsh was trying to say, that there are times in our life when our circumstances are dictated by our behavior, by our choices. But I also know that sometimes it’s not behavior and there are circumstances beyond our control.

I’m not entirely ignorant about depression. In the weeks and months after my cancer surgery and treatment, I felt the reality of depression. I don’t know that I was ever suicidal, but I do know that I desperately wanted it all to be over.

In my case, there was the circumstance of being diagnosed with cancer. And while the prognosis was good, the radiation treatment made me feel like crap. It was months before that feeling was gone.

In the midst of it, I talked to a pastor (and friend) who agreed that, for me, the best thing to do was to take a few steps back and concentrate on my health and my job. So I stepped down from being a deacon at church, from the presidency of a local non-profit, and from a planning committee on a professional association. I also stayed home from a lot of social events my wife would have preferred I attend with her. (true, that’s also part of being an introvert).

That worked for me until I was physically feeling better. I don’t know if that would have worked for Williams.

But, regardless of what we feel, we all need to take a few steps back from the keyboard and think before we type.

When someone says something we disagree with, we don’t need to immediately hit the caps lock and start screaming across the Internet.

Don’t get me wrong, there are times when people say stupid things and need to be confronted. But calling them an effing idiot is rarely going to get them to see your point of view.

This is what bugs me about the whole diversity and co-exist stuff. I know it’s well-intended. But, in a lot (not all) of cases, being diverse means that I have to surrender my opinion to yours. Um…no.

We also need to accept the fact that some of the professional commentators specifically say outrageous things to piss us off. Why? It gets hits to their website. It gets their column read. It allows them to tell their editor how good they are so they need to be paid more money.

Think about it. Every time Ann Coulter says something controversial and someone goes to her website to see if she really did say that, she’s able to say “look, new readers.” Truth be told, she probably does believe most of what she says, but the bottom line is that she’s gifted in pushing the hot buttons.

Every time you share the “I can’t believe she said that” article? Cha-ching. Cha-ching.

I realize that my one little article isn’t going to stop all the rhetoric, or all of the fact-less hysteria from flying across the Internet.

But, if it stops me from doing it, and maybe even you, then we’re making progress.