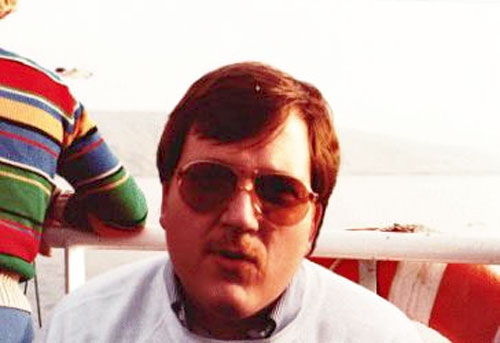 I don’t think there’s a punchline. Those are just (some of) the things I’m missing this week while we’re at the beach.

Sometimes our schedules are so full that we just have to make time to get away. Our family preference is the beach. Okay, it’s the preference for Mom and Dad, the boys are ambivalent and one of them hasn’t gone with us in years.

But it’s our time to rejuvenate. To clear out the cobwebs. To get ready to start to do it all over again.

Whilst I’m away beaching, I couldn’t bear the thought of leaving you with out your daily dose of brilliant content. So, while everything you read here this week might not exactly be current news, it will be here.

I mentioned last week that my summer had included seeing several shows.

On the list was Hair, the rock musical that became symbolic of the peace movement in the 70s. I noted Saturday that it’s been 40 years since Richard Nixon resigned. On this date in 1972, the the last United States ground combat unit left South Vietnam.

I also saw Cabaret which seems particularly relevant with what is happening in the Middle East. People say that Nazi Germany couldn’t happen again, but just ask the Israelis. Hamas doesn’t want to co-exist. Hamas wants the Jews dead. And so far the collective response from the west has been a big yawn, or it has taken sides against Israel.

“Never Again” has been a cry of the Jews since the Holocaust. Suzanne Fields wrote last week:

The current wave of anti-Semitism is linked to the conflict in Gaza, but the mindless hatred of the Jews and all things Jewish bubbles and squeaks in the crevices and dark places of society, like a volcano lying in wait to bury another generation of Jews. This time the Jews in Israel vow to fight back until the rockets are silenced and the tunnels are destroyed, eliminating what Israeli Prime Minister Benjamin Netanyahu calls the campaign of “destroying our citizens and killing our children.” Israel answers with the familiar vow of “never again.” Who among the decent and the civilized can fault free men for that?

I was in Israel in 1983 just weeks after the Marine barracks were bombed in Beirut, and again in March of the following year. We stood on the border of Lebanon and were told “they’re bombing a mile in that direction.” It was about a mile to the top of the hill.

I love Israel. The people, the history, the culture. The sheer determination to survive. And I think it’s in America’s best interest to stay friends with Israel. Strong friends.

I’m no end times consipracist, but I don’t exactly see the United States in the prophecy. I could be wrong. I’m not an expert. But I don’t see any scenario where turning our backs on Israel and the Jews could work in our favor. I’m just sayin’.

Evangelist Jerry Falwell was born on this day in 1933 (d. 2007) Of Israel, Falwell said, “I believe that the people of Israel are the chosen people of God,” and “These Islamic fundamentalists, these radical terrorists, these Middle Eastern monsters are committed to destroying the Jewish nation, driving her into the Mediterranean, conquering the world.”

Part of my time at the beach will be spent contemplating and praying about whether are areas of public policy where I should continue to speak out, as long as I can avoid the insanity and futilty of political campaigns.

And yes, I’m fully aware that we’re at the beach during Shark Week. I’ve addressed those concerns.