Dear America, You too can retire your incumbent 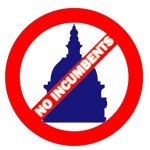 Last night’s stunning upset victory for David Brat will be debated and analyzed for months, maybe years to come. Brat’s challenge now is to rally the Republicans to win in the fall. He has work to do.

If you listen to the talking heads, it was about immigration and the Tea Party. That’s part of it.

But the bottom line is that Eric Cantor had become the part of Washington that constituents, particularly conservative Republicans, hate the most. It seemed as if he didn’t care about the 7th district. It seemed that his entire focus was on national issues. It seemed that way, well, because it was.

Plus, he and his consultants ran a nasty, irritating, in your face, campaign. It backfired.

The message to the rest of the country is not so much that the Tea Party is still alive. It’s that you, too, can unseat incumbents who seem unbeatable.

Eric Cantor isn’t the only Congressman who’s been in DC too long.

Let’s be clear. This is not a partisan issue. There are people on both sides of the aisle who need to go.

I’d like to see us all take a pledge that if your congresscritter has been in office more than five terms, it’s time to send them home.

A fresh start. A citizen legislature.

It’s the only thing that will stop the Washington gridlock.

Virginia’s 7th congressional district has led the way. You may thank us later.

For now, get to work.