Why Obama may get to play Lincoln after all 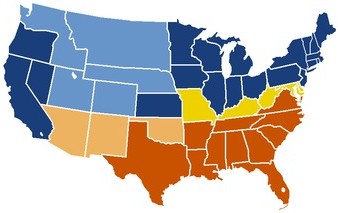 To date, citizens of 18 states have petitioned the White House for consideration of a peaceful withdrawal from the United States. That’s right, thousands of Americans have already signed petitions at whitehouse.gov asking President Obama to allow them to peacefully secede from the union.

via Obama Secession: Citizens From 18 States Ask President to Secede From the Union.

To which I respond…seriously? I have about as much patience for this as I did for the idiots on the left who promised to riot if Mitt Romney won.

Is this really how we need to be spending our time? Yes, we lost the election. No, it’s not the end of the world.

Work instead with your Senators, your Congressman and your Governors. And next time work to get out the vote. The right will never win by demonizing their opponents.

I don’t like how the election turned out. I fear what destruction another four years of an Obama Administration can bring.

But nonsense like this, while fascinating, is counter productive.

And, a waste of my time.

Happy Anniversary to my bride of 36 years! We sure