One of these things is not like the other…

365 Things I Believe: All Things Well 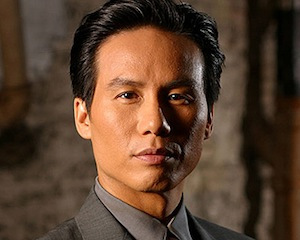 Actor BD Wong is best known for his television roles as Dr. George Huang on Law & Order: Special Victims Unit, as Father Ray Mukada on Oz, and most recently, as Dr. John Lee on Awake. He has also appeared in Jurassic Park and Seven Years in Tibet.

Wong was the voice of Li Shang in Mulan and won a Tony Award for his performance of Song Liling in the Broadway production of M. Butterfly opposite John Lithgow.

He is the only actor to be honored with the Tony Award, Drama Desk Award, Outer Critics Circle Award, Clarence Derwent Award and the Theater World Award for the same role.

Wong is of Chinese descent and was born in San Francisco.

Wong left the cast of Law & Order: SVU in July 2011, to join another NBC police drama, Awake. Sadly, Awake only ran for one season.