365 Things I Believe: My Name, His Hands 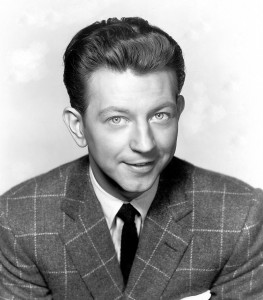 Donald O’Connor is best known for his role in Singin’ in the Rain where he starred with Gene Kelly and Debbie Reynolds.

O’Connor began performing in movies in 1937. He was 12 years old when he appeared with Bing Crosby in Sing, You Sinners. He was drafted in the Army during WWII. Universal Pictures released three films while he was overseas.

O’Connor played the lead role in the film Francis, the story of a soldier befriended by a talking mule. He was unavailable to play Bing Crosby’s partner in White Christmas due to an illness transmitted by the mule. The part went to Danny Kaye.

O’Connor made his last feature film performance in the 1997 Out to Sea with Jack Lemmon and Walter Matthau.