365 Things I Believe: The Sword 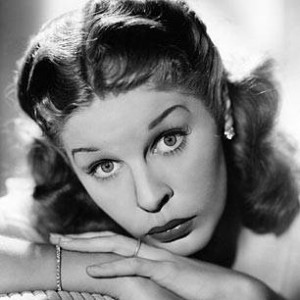 Comic actress and singer Martha Raye began her career early in her childhood. In the 1930s Raye was a band vocalist. She made her first film in a short entitled A Nite in the Nite Club. Her first feature film was Rythym on the Range with Bing Crosby.

She became a featured cast member on Al Jolson’s weekly radio show on CBS. She did comedy and sang with Jolson. Later she appeared with Bob Hope, W.C. Fields and Jimmy Durante. Shortly after the U.S. entered World War II, she joined the USO. During WWII, the Korean War and the Vietnam War, she travelled extensively to entertain American troops. She often served as a nurse on these trips.

Later in her career she appeared on televisionon such shows as The Love Boat, Alice and Murder, She Wrote.

While she was neither Jewish nor Catholic, Raye received a Star of David and St. Christopher’s Medal. Raye was a devout Methodist, attending church regularly and teaching Sunday School classes.

Her personal life was, to say the least. She was married seven times.

In her later years, Raye suffered from Alzheimer’s disease. She lost both legs in 1993 due to circulatory problems.