365 Things I Believe: A Kingdom View 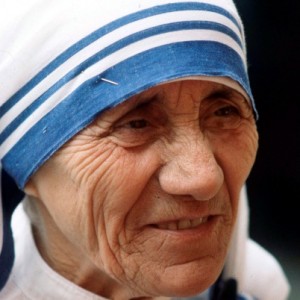 “At the end of life we will not be judged by how many diplomas we have received, how much money we have made, how many great things we have done. We will be judged by “I was hungry, and you gave me something to eat, I was naked and you clothed me. I was homeless, and you took me in.”
~ Mother Teresa

Mother Teresa of Calcutta was an Albanian-born Indian Roman Catholic nun. For over 45 years, she ministered to the poor, the sick, the orphaned and the dying. She founded the Missions of Charity, a Roman Catholic religious congregation. In 2012, this consisted of 4,5000 sisters and was active in 133 countries.

Mother Teresa was beatified in 2003, the third step toward possible sainthood. She died on September 5, 1997.