365 Things I Believe: What Life Should Be. 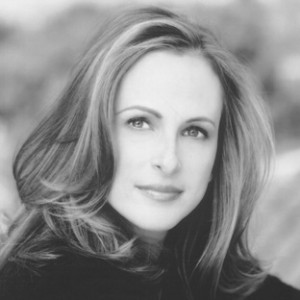 American actress Marlee Matlin has been deaf since she was 18 months old. She is the youngest actress, and the only deaf performer, to win an Academy Award for Best Actress in a Leading Role which she won for Children of a Lesser God in 1986. She also won the Golden Globe award. She has been nominated for four Emmys.

Her first stage role was at the age of seven when she performed as Dorothy in an International Center on Deafness and the Arts production of The Wizard of Oz. Henry Winkler discovered her in an ICODA theater performance which lead to her role in Children of a Lesser God.

In 2011 she came in second place on Celebrity Apprentice. In one episode she raised $986,000 for charity, the highest ever in a single television event. Donald Trump added the $14,000 to make it an even million.