The Jeffersoniad to RPV: We’ve Had Enough 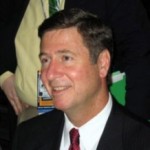 “Washington has received another warning of the dire consequences of its failed leadership that threatens the hardworking people of our country with job-destroying tax increases and devastating defense cuts. It’s clear that tax increases don’t create jobs, yet my opponent Tim Kaine is willing to use the men and women of our military as a political bargaining tool to raise taxes on small business owners. While Tim Kaine calls the Washington deal ‘the right thing to do,’ I opposed the deal from the beginning because I understood the result of Washington pushing off decisions to another commission whose predictable failure could harm our military, Virginia families and jobs. Over 200,000 Virginia jobs are at stake under this deal and even more will be lost under higher taxes. I urge Democrats and Republicans to act swiftly to extend much-needed tax relief and reverse these devastating defense cuts to protect our nation from yet another recession. Virginians can’t afford another failure of leadership from Washington.”