A little inspiration for staring a new week. 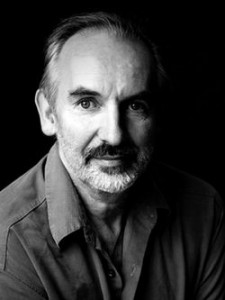 Illustrator and movie conceputal designer Alan Lee was born on this day in 1947.

Lee is well known among Tolkien fans as the illustrator of the centenary edition of The Lord of the Rings, The Hobbit and The Children of Hurin.

Along with John Howe, Lee was a lead conceptual artist for Peter Jackson’s Lord of the Rings Movies. Lee makes cameo appearance in the opening sequence as one of the nine kings who became the Nazgul. He made another cameo as a Rohan Soldier in The Two Towers. Lee, Grant Major and Dan Hennah earned the 2004 Academy Award for Best Art Direction for The Lord of the Rings: The Return of the King, third in the film trilogy.

Recently, Lee has been in New Zealand designing elements of Peter Jackson’s Hobbit films, the first of which is due out in December.