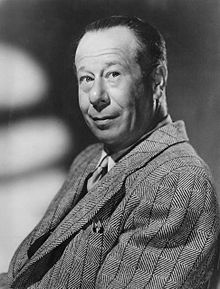 Bert Lahr will always be best known for his portrayal of the Cowardly Lion in The Wonderful Wizard of Oz.

Born in New York City, the son of German Jewish immigrants. He began his career in vaudeville and later Broadway. His feature film debut was in Flying High in 1931.

Lahr also played more serious theater, co-starting in the premier of Waiting for Godot in Miami in 1956. That performance bombed. Lahr later reprised the role for a short lived run on Broadway. In 1964, Lahr won a Best Leading Actor in a Musical Tony for his role in Foxy.

Lahr died of cancer on December 4, 1967. He was filming The Night They Raided Minsky’s at the time. Producers finished the film by using a double for Lahr.