Oh, how we miss this man 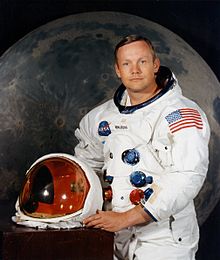 On July 21, 1969, as part of the Apollo 11 mission, Neil Armstrong became the first man to set foot on the moon speaking the now famous words “That’s one small step for [a] man, one giant leap for mankind.”

The estimated viewing and listening audience was more than 450 million worldwide.