365 Things I Believe: The Gene Pool 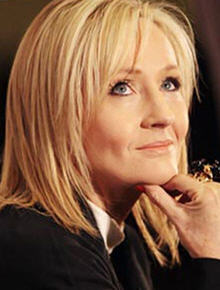 How can we not love the woman who brought us Harry, Ron, Hermione and the wizarding world of Hogwarts? J.K. Rowling was born on July 31, 1965.

Her rags to riches story is as much a legend as the “Boy who lived.” Within five years she went from living on government subsidies to being a mulit-millionaire.

Post Harry Potter years, she has written The Casual Vacancy, which will be out in September of this year.