Video of the Day: Concrete Angel 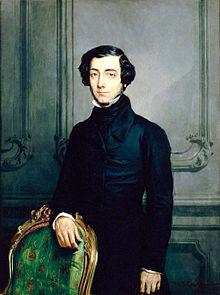 “A democracy cannot exist as a permanent form of government. It can only exist until the voters discover that they can vote themselves largesse from the public treasury. From that moment on, the majority always votes for the candidates promising the most benefits from the public treasury with the result that a democracy always collapses over loose fiscal policy, always followed by a dictatorship. The average age of the world’s greatest civilizations has been 200 years.”

“America is great because she is good. If America ceases to be good, America will cease to be great.”

Alexis-Charles-Henri Clérel de Tocqueville was a French political thinker and historian best known for his Democracy in America and The Old Regime and the Revolution.