Only one candidate for Senate will fight for Virginia 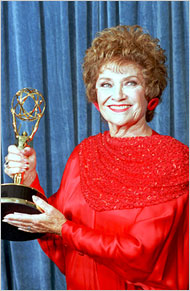 Getty got her start in the Yiddish theater and also as a comedienne in the Catskills borscht belt resorts, and among her most notable stage roles was as Harvey Fierstein’s mother in Torch Song Trilogy during its original Broadway run.

Getty won an Emmy Award in 1988 for Outstanding Supporting Actress.

Getty wrote an autobiography with Steve Delsohn entitled If I Knew Then, What I Know Now… So What? (Contemporary Books, 1988).

Estelle Getty died on July 22, 2008 in her Hollywood Boulevard home in Los Angeles three days before her 85th birthday.