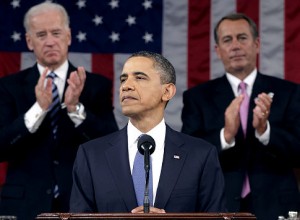 The President’s budget is out, and the numbers are bad…really bad.  In simplest of terms:

Lynn Mitchell:  The Budget
What is coming down the pike was described by one money-cruncher as a looming train wreck…

In a statement, House Majority Leader Eric Cantor said:
Today, the President missed a unique opportunity to provide real leadership by offering a budget that fails to address the grave fiscal situation facing our country. At a time when unemployment is too high and economic growth is elusive in part because of the uncertainty created by our skyrocketing debt, we need serious reforms that will help restore confidence so that people can get back to work. We need a government that finally does what every other American has to do in their households and their businesses, and that’s to live within our means. Instead, President Obama’s budget doubles down on the bad habits of the past four years by calling for more taxes, spending and borrowing of money that we simply do not have. [Full Statement]

George Allen issued the following statement:
It is clear that President Obama is continuing to ignore the voices of We the People who are demanding that Washington rein in government spending.   Rather than tackle our fiscal crisis head-on, the President’s solution is to borrow more, tax more and allow Washington to continue to live beyond its means.   After bi-partisan rejection of a tax increase on families and job creators, President Obama’s looming tax increases will only act as a strong disincentive for businesses to plan expansion and create more jobs.  Rather than take more money from taxpayers,  we need to execute our nation’s budget with the same discipline that small businesses and families use across the country.  We must work to reduce taxes on job creators, regulate the unelected regulators, unleash our plentiful energy resources to create more jobs and finally embrace a balanced budget, not lock in red ink as far as the eye can see.

Obama To The Next Generation: Screw You, Suckers
Andrew Sullivan at The Atlantic
To all those under 30 who worked so hard to get this man elected, know this: he just screwed you over. He thinks you’re fools. Either the US will go into default because of Obama’s cowardice, or you will be paying far far more for far far less because this president has no courage when it counts. He let you down. On the critical issue of America’s fiscal crisis, he represents no hope and no change. Just the same old Washington politics he once promised to end.

‘Debt on Arrival’
Andrew Stiles at The Corner
Washington – Rep. Paul Ryan (R., Wis.), chairman of the House Budget Committee, was not his usual even-tempered self this afternoon. At a joint press conference with his senate counterpart, Jeff Sessions (R., Ala.), a visibly agitated Ryan slammed President Obama’s $3.73 trillion budget proposal, calling it “debt on arrival.” The president’s failure to seriously address the federal deficit and the entitlement programs driving that deficit, Ryan argued, constituted “an abdication of leadership.”