The One Where the Human Events Author Steps Over a Line

J.R.’s comin’ back to Southfork 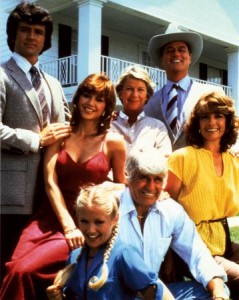 TNT’s Dallas reboot is starting to take shape. Josh Henderson (Desperate Housewives) has landed one of the leads in the project, playing J.R.’s son. Additionally, original Dallas stars Larry Hagman, Patrick Duffy and Linda Gray are now all confirmed to return to Southfork.

via Josh Henderson To Star In TNT’s ‘Dallas’, Larry Hagman Officially On Board – Deadline.com.